What is self care?

I ask my clients this and I get a range of responses.

I go to the spa. I got my nails done. I went to the gym. I meditate. I eat healthy.

Most of us have some idea of what we do for ourselves that would constitute self- care, but to truly understand it we have to know what the self is first.

I believe the self is multi-faceted and we have to look after all the layers of ourselves in order for us to be at peace.

The 5 layers as I know them:

The Physical Self: your entire physical being. The muscles, bones, plasma… Every cell that comes together to create you.

The Mental Self: the computer or the thought machine. The conscious, subconscious and unconscious mind. All of your thoughts positive and negative.

The Spiritual self: the witness or the soul. The you that looks for connection to that higher power that we believe we come from. That you that questions your very existence.

Now that you know you have this multifaceted self… What are you doing to look after all the layers of you? 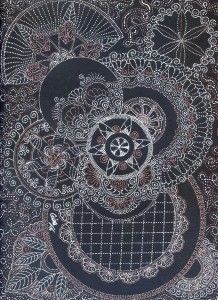 The void I explored

I got tired of avoiding my void at some point in my adolescence. Running away from myself proved to be fruitless and exhausting. I got tired of being scared and haunted by this unknown thing that lived within me. It was scary. It seemed ominous and evil. The pain it emanated was fierce. I was certain it would destroy me. A demon from the underworld sent to devour my innocent soul. And so I was convinced that I needed to protect myself from it at all costs.

The exhaustion became unbearable. So I threw in the towel and decided to explore it.

I took a deep breath and I descended into the darkness certain at the time that it would destroy me. Certain that I would not make it out alive.

But I didn’t die.

Instead in the other side of that fear I found wisdom. I gained insight into my soul. I learned that the monsters were of my own creation. I had left them there in the dark at some point in the past when I didn’t know I was strong enough to fight them. I ran from them because they seemed larger than life… But they were in fact a figment of my imagination.

But it was just an illusion. My memory magnified them and made them scarier than they actually were. From that place overlooking the void I only saw my weakness. In my fear I had forgetten about my strengths… And all the ways that I was capable of overcoming those fears and facing those demons.

The more I wandered into my void the more I realised I didn’t have to be afraid of it. It was a painful and scary exploration, but one that resulted in freedom.

Freedom from fear and pain.

And I learned that I like living free of Fear.

The void I avoid

We all have a void on the inside. That dark corner in our psyche that we avoid. Some thing inexplicable and undefined that gnaws at us. That deafening silence. That maddening noise. It looms in the far recesses of our minds and it’s frightening. Not always do we know what it is, but even without naming it, the fear it elicits is real, it’s palpable, often crippling.

We will do anything to try and make it go away. It’s often the motivation behind isolation, addiction, rage or psychosis. The drive to fill the void is so intense we often act without thinking in our rush to satiate it. And as a result we try to fill it with the wrong things, relationships, sex, drugs, alcohol, books… Anything to try and quench that thirst. And the void welcomes it all and devours it. It’s insatiable. Seemingly endless. And it just gets bigger.

I used to isolate and drown myself in art and music, seemingly creative hobbies, except that they was compulsively driven. I was a diligent employee, hard working and over responsible. I was obsessively trying to ignore that void. An attempt to quiet that ominous noise within.

It was tiring, that act of avoidance. Some part of me knew I couldn’t keep it up indefinitely. I kept glancing at that void wondering what would happen if I stepped into it? What’s the worst that would happen?

But no matter how many times I contemplated it I couldn’t take that step. I wasn’t ready to face it. It was easier to avoid. And besides I was an artist. And I was rewarded for being a good employee. Why screw that up? So I was obsessively creative. And a workaholic for a while.

I gave into the fear. And I avoided that void at all costs. I kept changing the channel to something else. I kept trying to outrun the thing within me that was chasing me. Drown out the noise in my head.

But what if I could muster enough courage to brave it and explore it? What if I could face that fear and walk into the darkness? What would I find? Is it truly as horrific as I imagine it to be? Or is it conquerable? 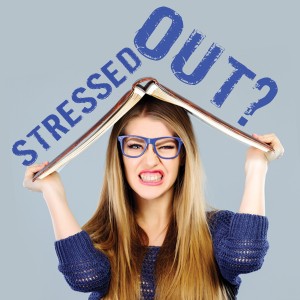 We’ve all heard the word – “Stress”. What does it mean to you?

Stress is known to cause some serious health issues. And it impacts almost everyone. So how do we cope with it? And what can we do to reduce it when we do feel the pressure?

Here are some tips to get you through the tough days.

Join me this month to learn how to better understand stress and use it to better your life.

The price will be $25.00. The link for the tickets is listed below. Spots are limited so advance booking is recommended.
https://www.eventbrite.ca/myevents/